Reposting my issue from 1/3/18, since the “REPLY” button is no available any longer.

Since June, we have been having daily phone and internet outages – one to three times a day. There is no consistency as to when it happens. We are casual internet users – just browsing - no movie streaming or gaming. Sometimes the phone connection will drop during a conversation. Some outages occur even when we are not on the internet or using the phone. We notice the outage because we see the modem is rebooting.

Spectrum has been trying to fix this since June.

The following is a recap of all the things that have been done to try to resolve the outages:

Unfortunately, we continue to experience 1-3 phone/internet outages a day.

?? Does anyone have any other ideas how to resolve this??

Further down, I will post pics of our recent status page and Event Log info – notice the January 1, 1970 activity! 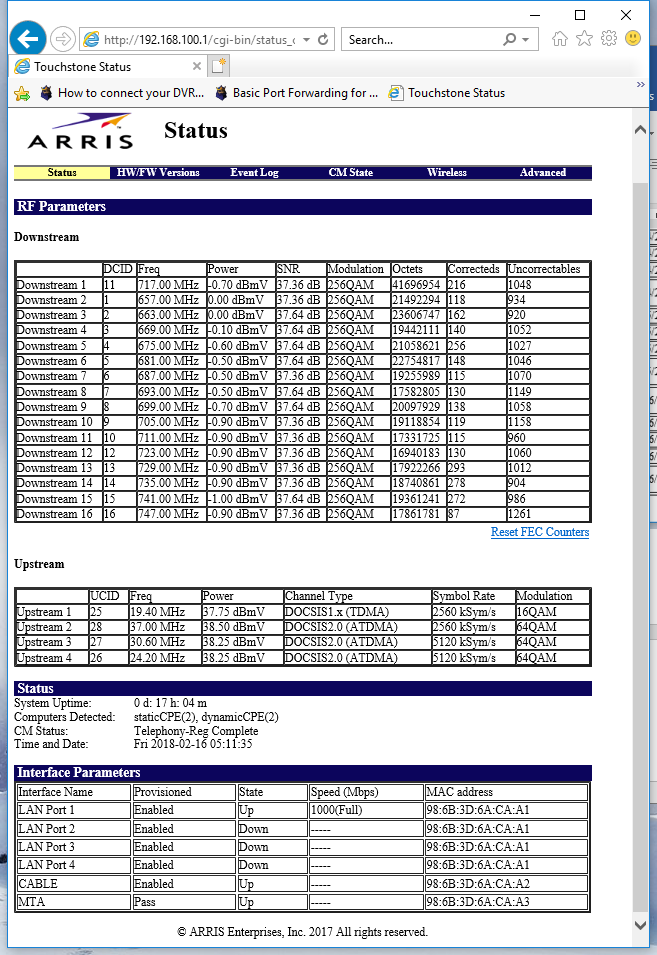 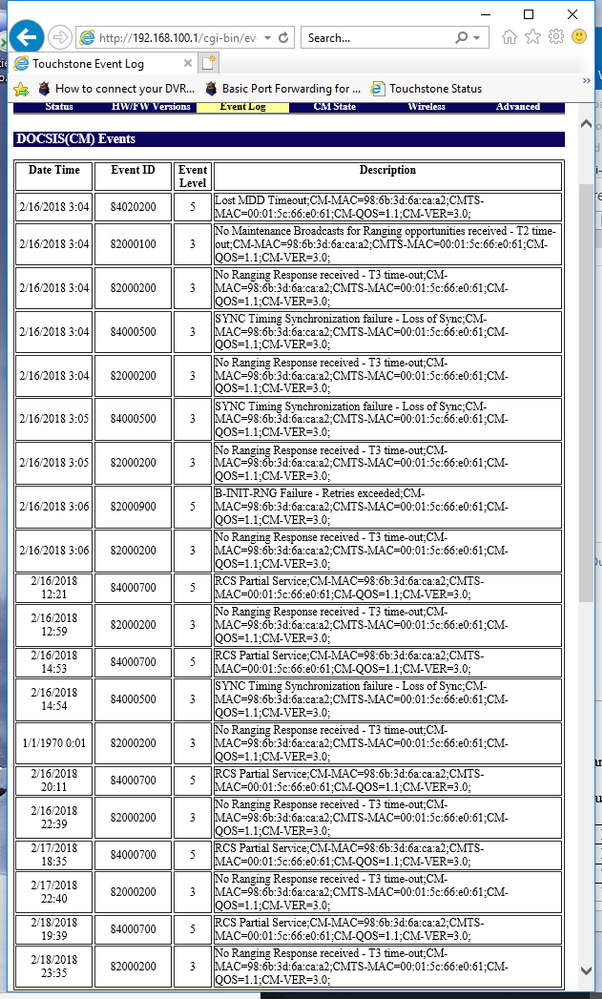 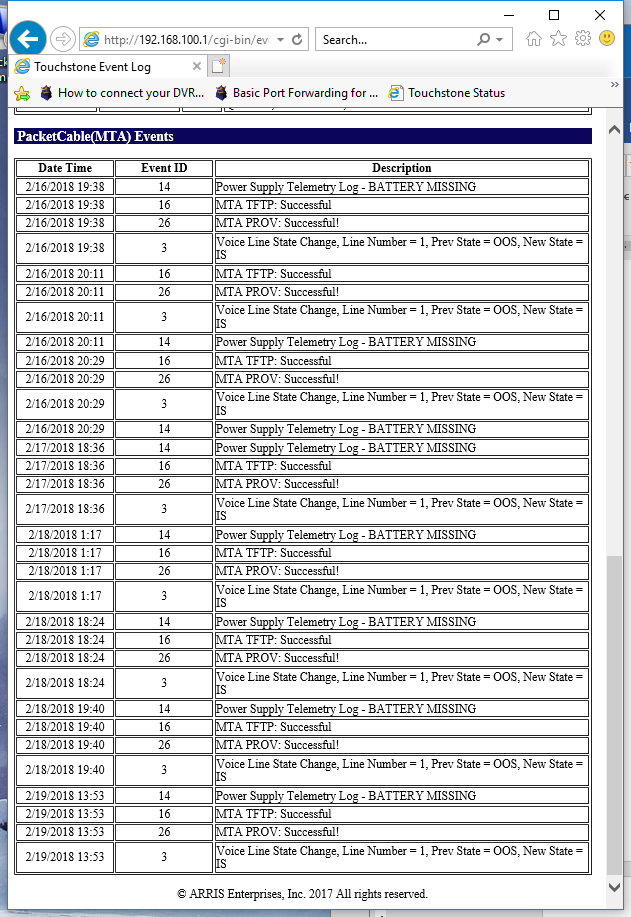 Any suggestions on how to get this finally fixed would be greatly appreciated!

«12»
This discussion has been closed.