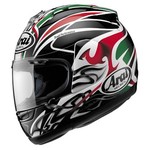 I've been a TWC/Spectrum customer for years and - occasional hiccup aside - I always had a good experience. The past month, though, has been a disaster.

My setup is very simple: I'm on the basic 200/10 plan, straight connection to the modem (no splitters nor other devices, I only have Internet with Spectrum), then to my Linksys WRT- 1900ACS router.  Connected to it, 4 devices hardwired (through a separate 8-port switch) and 4-6 wireless devices.

It started with the modem (an old Arris, similar to a TM822 but without voice) resetting itself randomly, once or twice a day. We would notice that Internet was down, and you would see the modem rebooting itself, then going back online and the router reconnecting, all within a couple minutes.

Called Spectrum, they remotely confirmed there was a problem with the line, technician came out, said the issue was the cable from the street to the side of the house, and they replaced it. Problem re-occurred the same evening, new technician came out, said there could be an issue with the cable from the side of the house to my distribution panel, so we switched to another one  (luckily my house had a secondary cable available).

He also concurrently swapped my Arris for a new Hitron E31N2V1.

The issue is still there, meaning we have random Internet shutdowns. But now, with the Hitron, it seems like we're dealing with a different issue, as the modem remains online, but the router reports no Internet connection. Spectrum doesn't see anything wrong with the modem, remotely.

I have an old Netgear WNDR4300, so I did a firmware upgrade followed by a factory reset, and I put it into service, replacing the Linksys. Guess what? Same EXACT issue, actually worse! Modem stays online (light is solid blue), but router loses Internet at random, and really has trouble reconnecting.

Out of desperation, I went to the Spectrum store to see if they could give me a different modem, but the guy (who wasn't exactly sympathetic...) told me they only use Hitrons now. Period.

As a last resort before switching to a new ISP I just ordered a Netgear CM600 modem on Amazon, approved by Spectrum for up to 400Mbps (and recommended by many as opposed to the Puma 6 or Puma 7 modems).

If any of the gurus on this forum has an idea of what could be causing the behavior I'm seeing, I'm all ears.