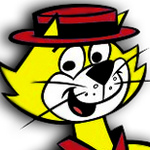 tcat007 Posts: 11
July 2020 edited January 5 in Spectrum TV App Tips, Resources & FAQs Jul 07, 2020
I keep getting emails about Stream. Can't find channel list. From the comments here the Roku app doesn't appear to be very good "freezes, wrong channel, awful". Had anything improved? What are the 25 channels included? Is it really $25 or more like $40 after fees? Are there add-ons? Thank you.
0