DVR Shows are listed as (Title Unavailable) and do not record.

I noticed my DVR didn't record a show I watch so I went to see what happened. Under "Series Priority" more than half of my shows are listed as (Title Unavailable). And those are the shows that are obviously not recording. Is there a way to either:

A. reboot something that makes those shows to list their name again

B. get a list of the shows I had on there so I can re-setup shows I am missing and to delete the listing that says (Title Unavailable)?

I have tried rebooting, unplugging, I downloaded the app to see if I could connect somehow and nothing worked. Any ideas? 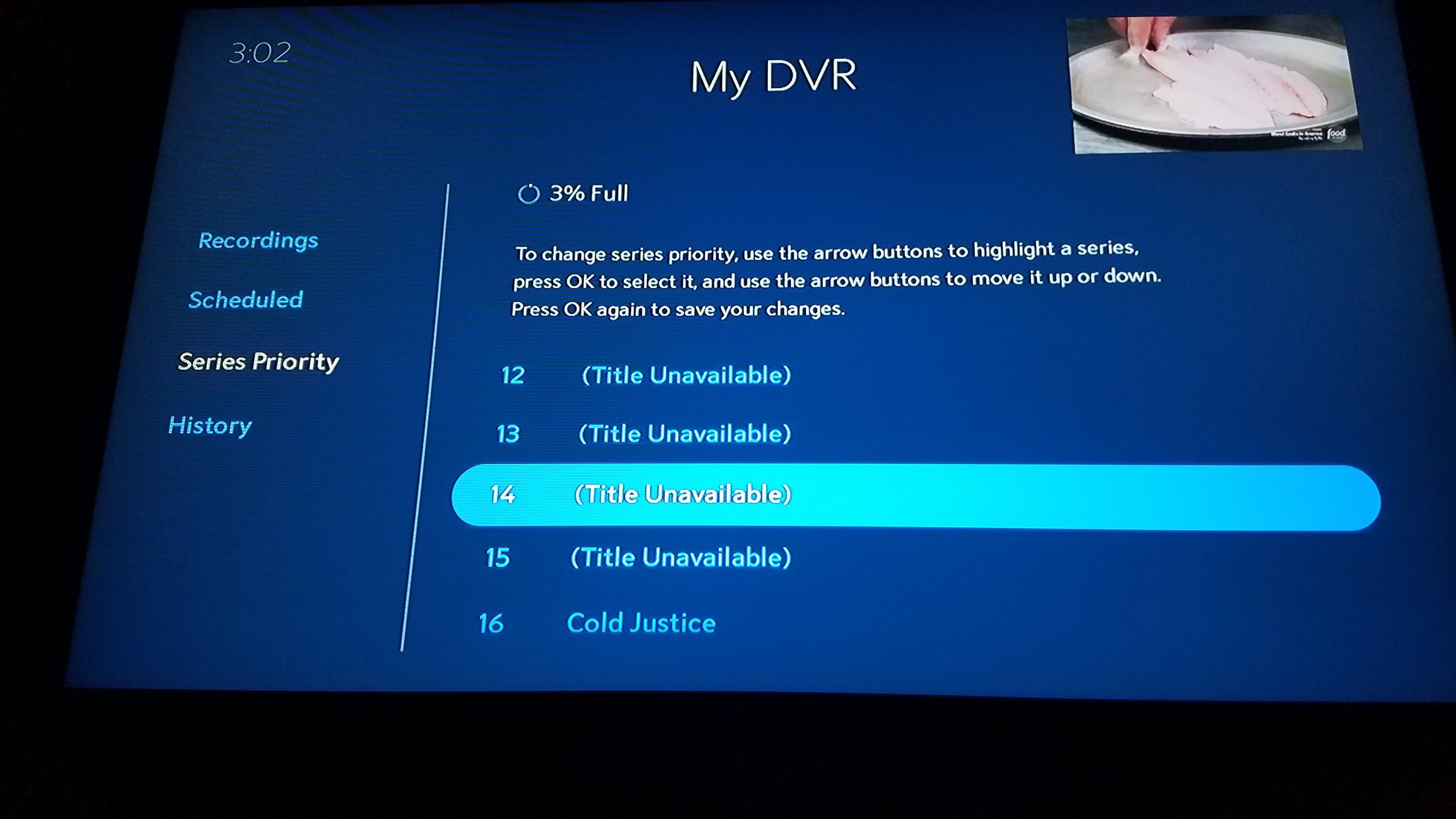