I have legacy TWC Extreme Internet and am experiencing speeds with ~60 Mbps but with intermittent dropouts throughout the day. Generally 3-4 people in household using devices. I've had Spectrum tech visit the property a number of times over the years. Tends to improve after they visit and then degrade slowly. Line enters property from telephone pole. Using Netgear CM1000 modem. Logs below. Any help would be appreciated. Last time they visited they inserted a signal attenuator on modem. Modem plugs into a hardwired TP-link router which feeds an Orbi Mesh Access Point which distributes WiFi. Please help me fix these dropouts. 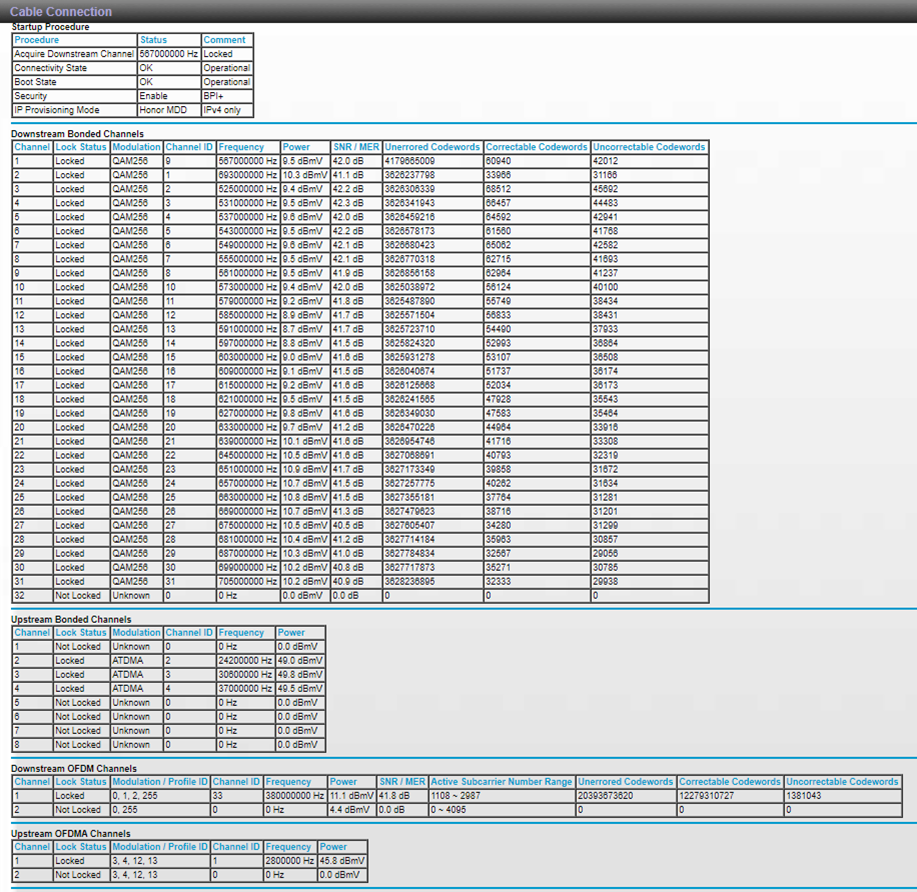