Why are some email servers apparently running without valid SSL certificates?

Maybe a year or so ago, I had issues with the mail servers. I was told by a Spectrum person that they were going to get new servers for email and there had been a delay in implementing that. So the old server's SSL certificates expired. Eventually, they appeared to move to the new servers. But for a week or so now, I have been having trouble with connecting via IMAP using Outlook for Android. It says the SSL certificate is invalid and refuses to do the connection.

To test the server, I get certificate errors saying a Sample certificate is being used. That would probably cause Outlook for Android to not be able to connect.

I'm guessing that SOME servers do have valid certificates as I am trying with 3 different email accounts and only one seems to consistently have problems. I'm guessing that the server farm has somehow parcelled out the same server for this account and that server is one with invalid SSL.

Though admittedly, I don't know if that web site is validating the right server. 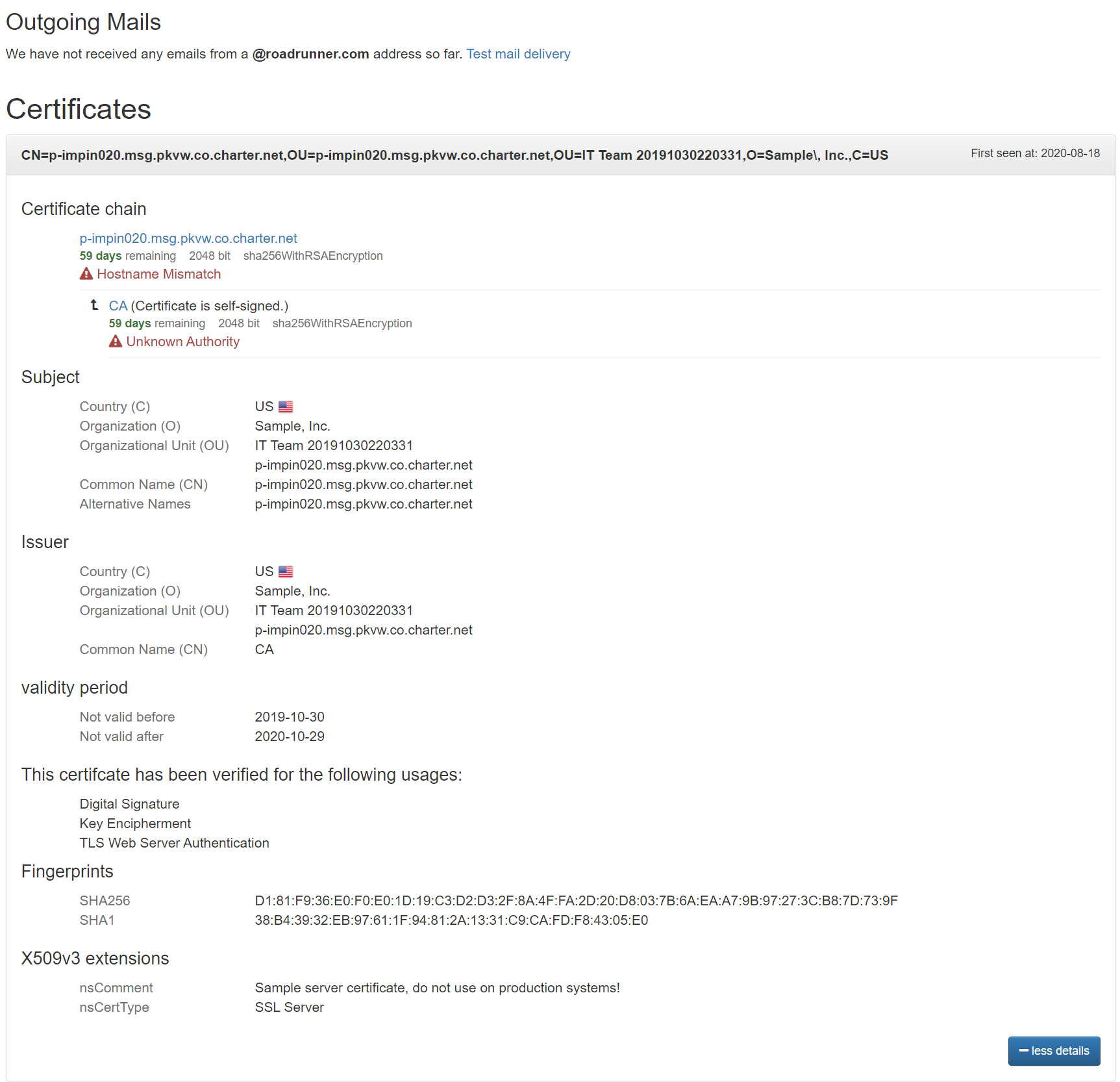 Can someone please fix the certificates so that mail clients that TEST for valid certificates can work as they should?

We value your opinion and want this Community to be the best experience possible, so we need your feedback!
Please take a couple minutes during your visit to
Rate your Experience
and let us know if you
found what you were searching