RE: Constant T3/T4 Timeouts + Possibly fixed on my own.

Ok.... so a couple days ago my Spectrum (formerly TWC, Former Adelphia, and anciently former Comcast) internet started losing connection. My modem is an Arris SB6183 so i gave support a call and was told my modem signal levels were fine after doing the standard modem reboot and was told it's likely an issue on my end and they'll send out someone on Sep 11th (i called on the 4th). Not content with broken internet for who knows how long, and being fairly adept at DIY, decided to check out the modems signals and from my experience.... the signal levels, primarily the uplink was anything but normal. 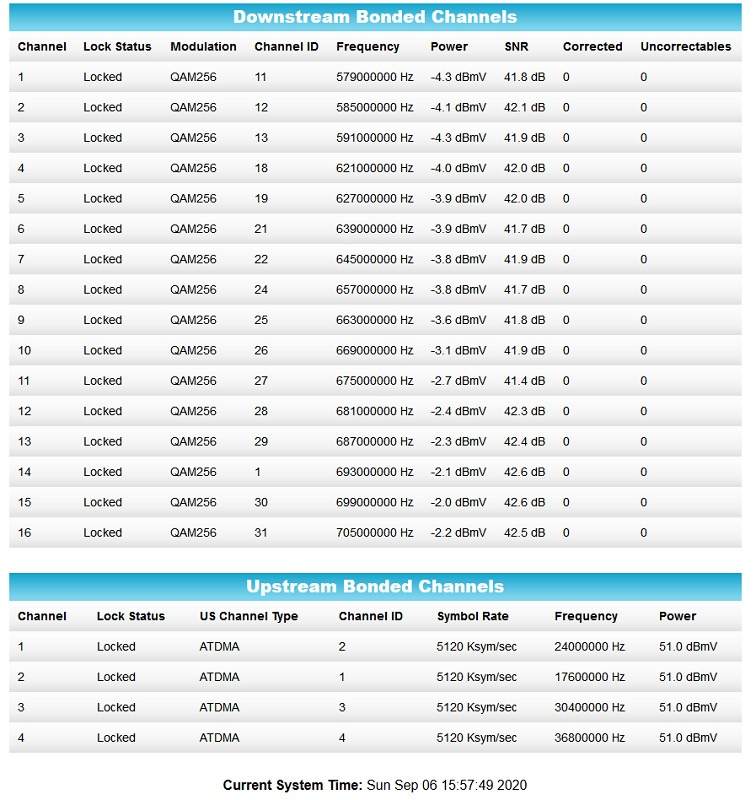 Those upstream power numbers are definitely too high. So i walked around the house and checked the ground wire that runs from a 3 way splitter near the roof to a garden hose tap at ground level. All was well there. Everything else looked ok except for a section of Coax from the mid 1980's to my downstairs TV that apparently the Time Warner tech didn't replace when they did an (almost) full rewire about 5 years ago. It's probably 30ft and absolute garbage. There was also a splitter in my bedroom which branched off to the cable modem and used to also go to a TV, but due to price hikes, i got rid of that DVR a year ago. I didn't have any Coax 75hz terminator caps, I just yanked the splitter and relocated the modem/router temporarily under the desk since there wasn't enough slack.

Here are the results.... 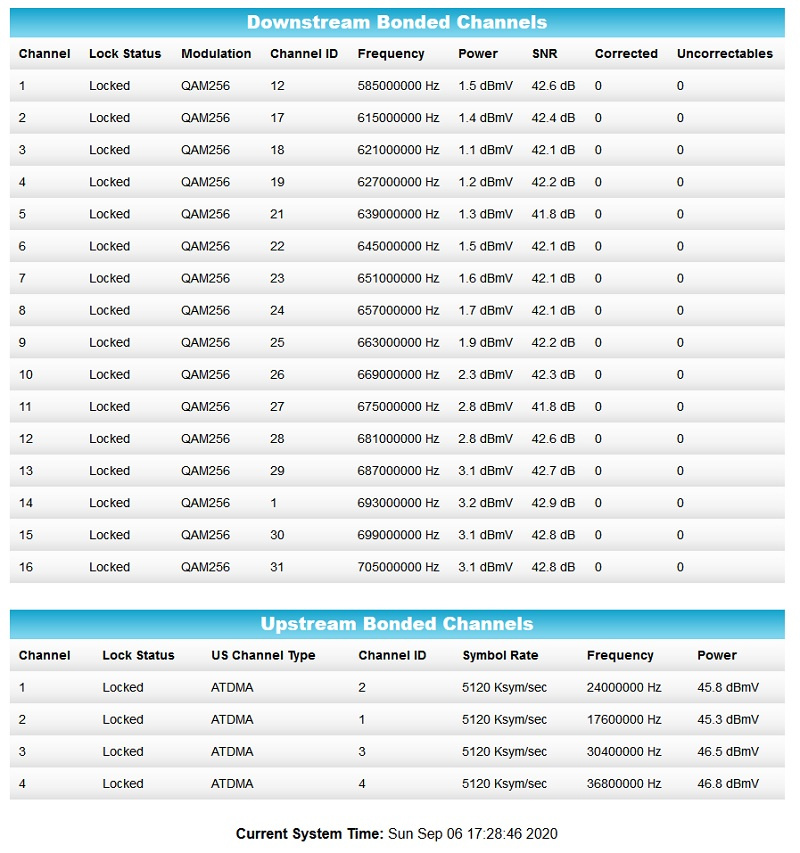 So far i haven't had any T3/T4 timeouts and its been about 3 hours now. Correct me if i'm wrong, but aren't these power levels at the upper end of what is acceptable? I'm thinking that once I either have Spectrum (or i may just do it myself) replace that 35' section of antique coaxial cable from the mix, those upstream power levels should come down a bit more, and i may see some improvement on the signal/noise ratio? I saw in another thread some people recommend using a 6db atten in front of the cable modem which makes sounded logical.

So from what I gathered from this is due to the multiple splits in the cable line, downstream signal strength decreases with each connected device and having a splitter hooked to a single device with the other connection not terminated does the same. This low signal then causes the modem to crank up its output power, which then goes beyond the acceptable range, causing the timeouts? That sound right?