Why am I getting a popup message on my TV "To continue watching this channel press any key." ? 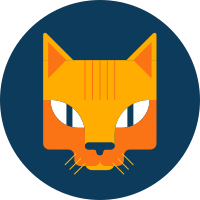 I've had a new cable box since Dec 27 and today it first happened.