Upload bandwidth unstable after months with no issue streaming. What is causing this?

I have been streaming on Twitch now for over 4 months. I have never had an issue with stream quality or bandwidth. Starting two Saturdays ago I started experiencing a ton of dropped frames while I'm trying to stream. This indicates a network issue. I had a tech out twice the past two weeks and had two service calls and some equipment was replaced, but the issue is still occurring. I've tried streaming with every single device in the house disconnected and running on ethernet, and the bandwidth issues still occur. I even tried streaming on an entirely separate computer and the issue was still there. I've done a bunch of tests that point to an issue with Spectrums nodes. I pay for gig-service so my internet should be more than enough to handle streaming on Twitch at 1080p.

I have attached pictures showing major packetloss on several Charter servers while trying to connect to Twitch servers. I tried streaming last night at 11PM and actually had no issues, but all today I've been trying and my bandwidth is unstable the entire time I try to stream.

This issue has only persisted the past couple weeks, so something is going on with the nodes down the line. I pay a lot of money for this internet service, and need it to run optimally for work. How can this issue be resolved? 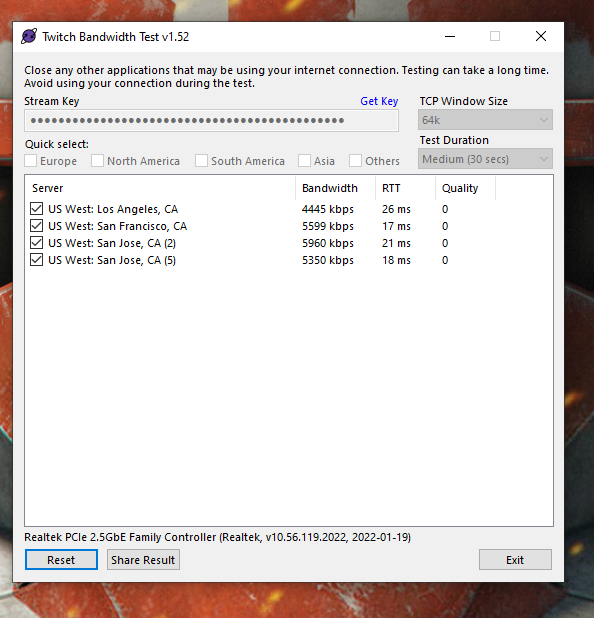