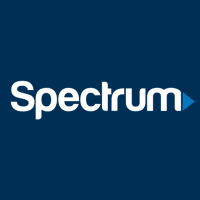 IPv6 has the same inherent security as IPv4.

Will my price increase with IPv6?

There are no plans to increase costs for products and services as a result of IPv6.

What are the advantages of IPv6?

While the enormous address space is the primary reason most network operators are motivated to adopt IPv6, there are other advantages that are likely to show benefits in the future. These include:

Will my equipment support IPv6?

For Spectrum equipment, we test and certify our devices in our lab for IPv6 capability. For customer-owned equipment, please check with the manufacturer to determine if your specific device and operating system will support IPv6.

No. However, you can disable IPv6 on your device. Check with your manufacturer for instructions on how to do this.

When can I get IPv6?

We are currently testing IPv6 and deploying it in our network. Availability to our customers will be incremental, with our first priority being an assurance that no disruption or risks are posed to our customers' services. We will support IPv6 in parallel with IPv4, (known as dual stacking), and our network will transport either protocol version. Our national backbone already supports routing IPv6 traffic.

What does Dual Stack mean?

This means that IPv4 and IPv6 run concurrently at the network level. Dual stack service ensures that legacy devices, applications and content that support IPv4-only will continue to function while IPv6 deployment continues.

How long will IPv4 be around?

No one can yet predict when, or even if, IPv4 will no longer be used globally. Most transition plans include steps to insure IPv4/IPv6 coexistence for the foreseeable future. While it is assumed IPv4 will eventually disappear from most networks as IPv6 takes over, this is likely to transpire over an extended period of time.

Network systems will continue to work when the public IPv4 address pool is completely depleted. In fact, some networks can continue to grow using private IPv4 addresses and private IPv4-to-public IPv4 network address translation (NAT44) if they already have sufficient public IPv4 addresses. While IPv4 cannot support the growing address needs of the world, it is not going away immediately. We are ensuring that all Internet connections through the Spectrum network are capable of reaching both IPv4 and IPv6 content and that our end users have access to both.

Are IPv4 and IPv6 interoperable?

IPv4 and IPv6 are not directly interoperable. An IPv4-only device cannot communicate with an IPv6-only device without the help of a Network Address Translator that translates between IPv4 and IPv6 (known as a NAT64). The easiest way to allow a device to communicate over either IPv4 or IPv6 is to assign to it both an IPv4 address and an IPv6 address. This is called dual stacking. The device can then "speak" either protocol, depending upon either the type of address DNS gives it for a destination or the type of protocol used by another device sending it packets to which it must respond.

If an IPv6-only device needs to speak to another IPv6-only device but some or all of the network between the devices is IPv4-only (or vice-versa, such as two IPv4-only devices that must traverse an IPv6-only network segment), there are a variety of tunneling mechanisms that can be used. The difference between a tunnel and a translator is that while a translator changes a packet's header from one protocol type to another, a tunnel encapsulates the packet, including its header, behind a header of another type.

The domain name system (DNS) is a worldwide network of servers (each primary server has a secondary server for security and redundancy) that maintain a distributed, shared database mapping the name and corresponding IP address of every publicly accessible device on the Internet. The mapping of a domain name to a number and a number to a domain name makes the web more market-oriented and easier to navigate.

DNS is one of the many services that support a user's connection to the Internet from an IP network. It functions as the "name keeper" for all the important resources such as web servers and FTP servers. DNS allows the user to remember the friendly name, like www.spectrumbusiness.net, even though the network needs to know the numeric IP address (e.g., 123.123.123.123).

The secondary DNS server is the backup and is a copy of the primary DNS server database. The different kinds of DNS records that a DNS host server typically includes in the database are:

What is the difference between a static and dynamic IP address?

How do I get a static or dynamic IP address?

Whether you have a static or dynamic IP address depends on the Spectrum Business package you purchased. If you are uncertain, contact a sales representative at: (888) 692-8635.

How do I determine my IP address?

If you go to http://www.whatismyip.com/, you can learn your specific IP address.

For more information about the IPv6 protocol click the following link to view the IPv6 Technology.

0
This discussion has been closed.

We appreciate your patience as we continue to address the widespread damage caused by Hurricane Ida. If you've been affected by Ida, please tell us about conditions and service outages in your area so that we can help. Hurricane Ida Help